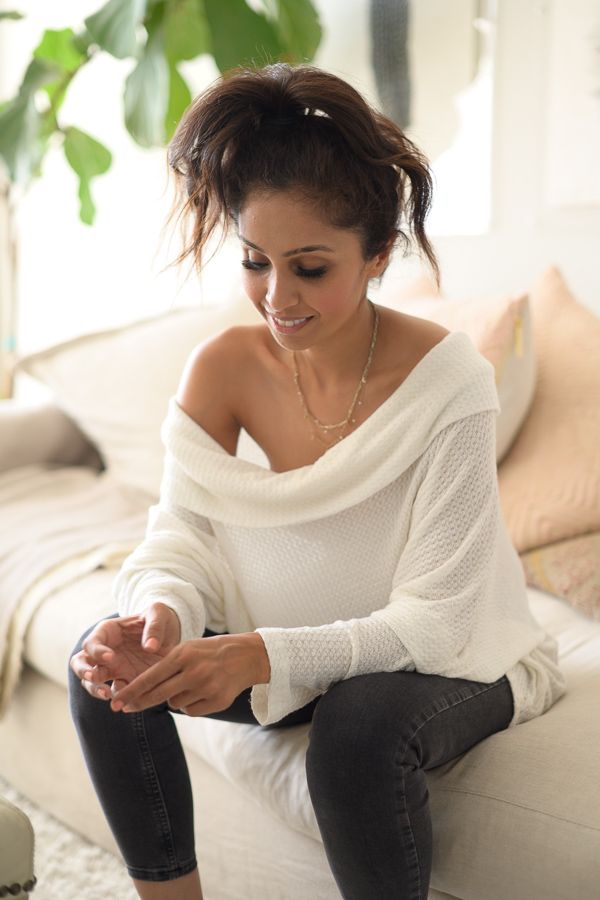 With equal parts humor and heart, Samia Khan is a multi-hyphenate content creator and recovering journalist who incorporates her own life experiences into every project she works on. Whether it’s her satirical webseries #Instacurity, which has been viewed more than 300k times, or her years of on-air work as a digital anchor for FOX News Now, her success has largely come from her ability to be authentic and relatable.

Samia Khan’s latest endeavor? Owning her “khanflicted” identity as a half-Pakistani, half-Indian, American millennial (who oftentimes allows her anxiety to get the best of her.) This truth will be examined humorously in her forthcoming book and scripted projects, which are currently in the early stages of development.

Samia’s foray into autobiographical storytelling began when she worked at TV Guide in 2009. From TV show set visits (i.e. How I Met Your Mother, Community, Heroes, Sesame Street) to celebrity interviews (i.e. Miley, Kobe, Kanye, Rosie), Samia’s quirky and humorous perspective on these unique opportunities were documented in her blog, Khanversations.

At the time, an agent who read her blog (and found it hilarious) told her she should do stand-up comedy. She waited seven years before actually taking that advice (instead partaking in acting, writing and improv classes, and podcasting/blogging to express her comedic side over the years.)

Throughout her professional career, Samia Khan has been immersed in the television, news and entertainment industries, primarily as an on-air contributor and producer. She served as the primary digital anchor for FOX News Now in Phoenix, AZ from 2014 to 2017.

After years of being asked “What’s THAT like?” (no one ever wanted to explicitly say “a brown girl working for FOX…in Arizona?!?”), Samia decided to write her perspective into comedy material which in turn influenced the creation of her second TV pilot – a series that follows a 28-year-old, indecisive but well-meaning, Pakistani-American girl who abruptly moves to Arizona to escape her life in LA. The pilot script was selected as a semi-finalist for both the Sundance Episodic Lab and MACRO Episodic Lab in 2018.

As a writer, Samia Khan is now working on a humorous collection of memoir-like essays. A book that reflects on identity, gender and self-worth, she uses humor to examine the painful moments in life. The book is currently in the early stages of development; an essay published in Teen Vogue in Summer 2019 embodies the tone of the memoir.

In 2013, Samia co-created #Instacurity, a webseries and “movement” that satirically examined society’s obsession and dependence on social media and the validation that comes with likes and followers. She wrote, produced and starred in more than a dozen sketch videos. The project was featured by dozens of media outlets, including TIME, Mashable and Good Morning America .

A graduate of the University of Southern California, Samia Khan was selected as an Annenberg scholar and was awarded an academic scholarship to pursue a Bachelors degree in Broadcast Journalism from the prestigious Annenberg School for Communication and Journalism. She completed long-form improv training at the Upright Citizens Brigade in Hollywood and studied sitcom writing at UCLA. In 2014, she was selected for the inaugural ABC/MPAC writer’s workshop after submitting a spec script for New Girl.