Skip to Content
Home ABOUT Entertainment POP CULTURE “Everybody Got a Deal, I Did it Without One” 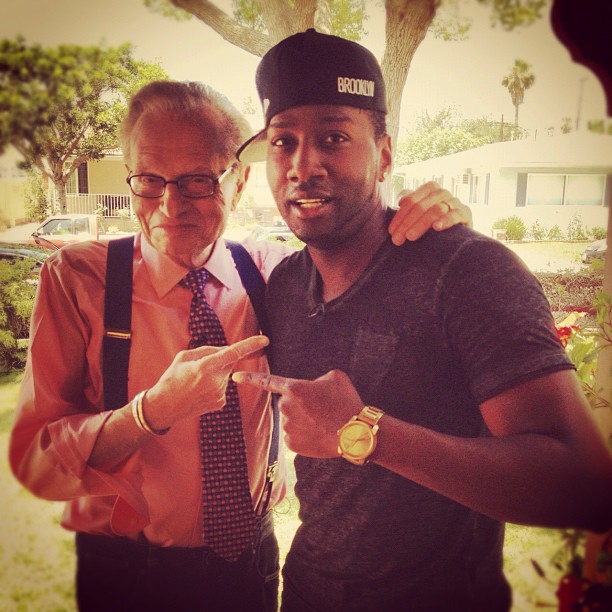 Someone told me that in the future, people won’t have 15 minutes of fame… they’ll have 15 gigabytes of fame.[1]

But to do it right, it takes a skill…a personable element…and a tenacious work ethic. And for your average 25-to-40-something, you may not place a high value on the idea of “internet fame”, and in fact think someone on a Lifetime movie has more worth than a guy who makes weekly YouTube videos, but this blog post is to tell you that you’re wrong… And give you 5 reasons why.

1. Creative Freedom. As a YouTuber, you don’t have to “answer to the man” – you create your own content, no one can tell you what you can or can’t say.  And you don’t have “percentages” going in every direction.

2. Develop Thick-Skin. The internet give s you direct feedback…which can be a gift and a curse. The viewer hates your nose, your voice, your content? You know right away. Trolls are worse than the tabloids, yo. (A “troll” is a internet hater who takes up your comment feed.) If you can handle internet hate, there’s a good chance you  won’t have crazy breakdowns a la Lindsay if you become mainstream famous.

3. Fan Loyalty. Your fans are more loyal and dedicated. Fans of YouTubers talk to you as if you guys go way back, they aren’tafraid to approach you in public, and go so far as even giving hug. Almost like a friendship. On the flipside, anyone who lives in LA can tell you that the understood rule when seeing a regular celeb? Don’t bother, maybe smile, if they talk to you respond, otherwise, let them be.  (Example: AndreasChoice had fans attacking her with hugs at VidCon, a YouTube convention, while Wilmer Valderrama of “That 70’s Show” fame walked the convention surrounded by an entourage, leaving… hugless.)

4. Money. Yeah, that guy whose viral video is now at 5 million views? He’s getting a check from YouTube for $15,000. And if that viral video is part of a “brand deal” (ie a company paying you to rep their product in your vid), expect anywhere from another 5k to 100k, depending on your reach. That other guy who went through rounds of auditions just to guest star on a primetime sitcom? Depending on his subjective “worth”, he’ll make anywhere between approximately $3000 and $7000, MAYBE as high as 10k.

5. Transcendence. It’s a new field. You succeed, you become a pioneer in your field, and eventually, you transcend. Like my friend DeStorm. Who was just interviewed by Larry King, and in fact, collaborated with him on a rap song. And well, NOTHING is more mainstream than Larry King (come on, DeStorm can officially #humblebrag about how he bonded with Larry King over their Brooklyn pride, how Larry ate bagels in his kitchen, and how Larry recommended that he go see the movie “Ted.” THAT, my friend, is the power of YouTube.)