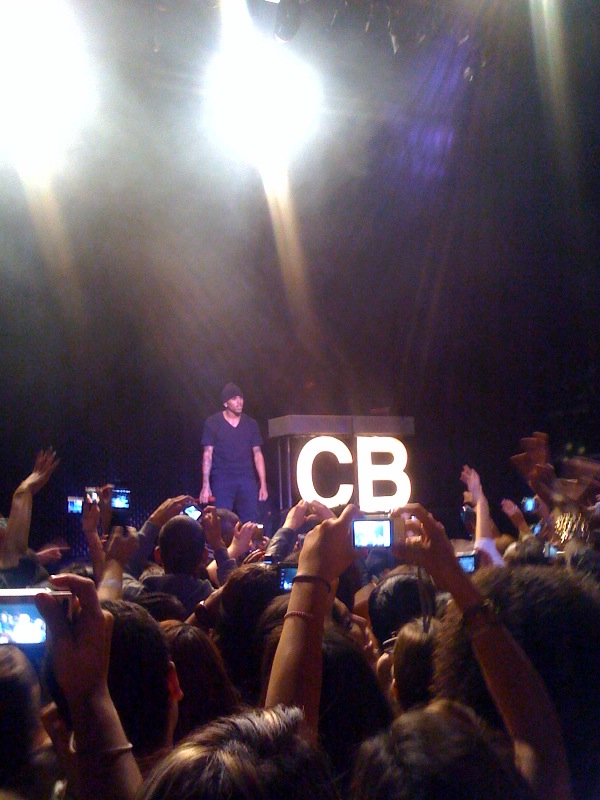 Yes, I went to the Chris Brown concert. Yes, the FAN Appreciation Tour. Now before I get “hate” comments, let me explain myself.

I love live music. I love small venues. And I love a good performance. All three of these? Checked off the list.

I know a lot of people were just like, “F Chris Brown,” “going to his show means you support domestic violence,” etc etc. But. I have to disagree because I am separating the “art” from the “artist.” I truly do love Rihanna, but…the boy can put on an effing show. Seriously.

He started out with his new single, “I Can Transform Ya.” Hot choreography, not so hot vocals (he TOTALLY lip-synched the song.) Everything after this was sung live, however, so he is forgiven (my mom says I trust/forgive too easily. She also once told me how she was worried about me, and says that I have a personality that would end up staying in an abusive relationship…. I haven’t told her that I went to see Chris Brown.)

Overall observation/highlights? The fact that the venue was filled with under-18-year-olds, some fans we met that came all the way from Sweden to see Chris, a surprise appearance by Ray-J during the New Boyz opening act, Chris Brown bringing Keri Hilson on stage to sing “Turnin’ Me On,” and watching Ciara rock out to CB’s show from the balcony view (I swore she waved to me and former USC roomie Priya.) Oh! Speaking of Priya, she had fabulous quote that sort of summed up why people should give Chris Brown another chance, and I thought I’d share: “Bill Clinton cheated on his wife, and people still loved him as President.” Translation? Chris Brown, despite what are clearly some personal shortcomings, still kills it as a performer.

OH! And can’t forget the Michael Jackson medley/tribute. He did a little Rock With You, Thriller, and Billie Jean! Think it’s safe to say Chris Brown could have been MJ’s heir?

Not gonna lie, even during all the Rihanna drama, I had a soft spot for Chris Brown. I know. I love Rihanna, and feel guilty about it, but I need to be honest. Maybe it’s because of the interview I did with him back in Sept ’08, where he came off as nothing short of a sweetheart? OK maybe not a sweetheart, but he was pretty nice when he talked to me about all of his tattoos and his love for Super Nintendo (FYI, his favorite SNES game is Mario 3, he liked the option of Mario with a raccoon tail that lets you fly.) If you watch the clip below, you actually may even hear him talk about Rihanna herself. Check it out.

OH! Funny side story. I saw this little kid who looked like he wanted to be Chris Brown. I couldn’t help but stare. He was next to another kid (older) who appeared to look like Lil Wayne. Said-individual then takes his shirt off and…underneath? A shirt that says “Weezy.” Anyway. I go up to them and say hi. They take their earphones out to listen. I ask to take a picture. They nod their head. Straight one-way conversation… like, I totally got celebrity-style dissed by wannabe celebs! So whack. Anyway. At least I have the picture!