Skip to Content
Home ABOUT Lifestyle Newsworthy Topics My Problem with Pakistan: From Sesame Street to Twitter 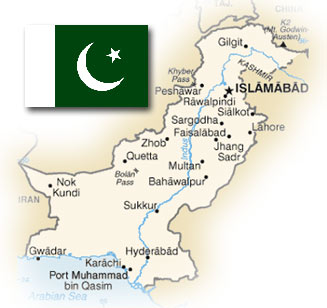 Can you stop being so f-ing dramatic?

Ack – what? That’s an inappropriate way to start a conversation? I apologize. I’m sorry. Allow me to (re)introduce myself – my name is Khan. Samia Khan. Digital Media personality. And half (some would argue “full”) Pakistani-American. 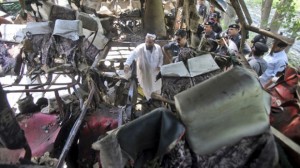 Why the harsh words, you ask? Um. Because I’m tired of all the headlines you’re making. You know that old adage that says “all press is good press?” Well. That’s for celebrities. It doesn’t apply to countries.

Yep. The headlines outta Pakistan make it seem like a terrible place (which it’s not. Just media makes it out that way.) There are bombings and explosions on a day-to-day basis – 19 just died in a bomb explosion on a bus on Friday (thank you Fox News for that one.) There are kidnappings and forced conversions/marriages of adolescent girls who aren’t Muslim. And relations with the US are at an all-time low – in fact, I just read something out of Kansas with the headline: “Pakistan a Friend? More like Fiend” (then again, I shouldn’t take that too personally. It is Kansas, after all.) 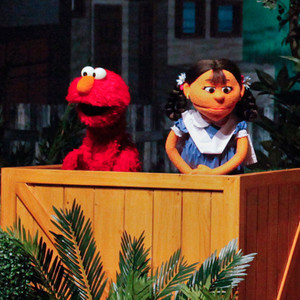 I mean really, you’ve even managed to tarnish an institution as beloved as Sesame Street. Yes…SESAME STREET! (alleged corruption by a production company led to the US terminating it’s $20-million in funding of Pakistan’s Sesame Street, meaning there’s a chance that Elmo and his Pakistani puppet friends will no longer be teaching kids how to count their ek, do, teens and say their alif, be, pes.)

So aside from the production company behind Pakistan’s Sesame Street allegedly using the US-appropriated funds towards paying debts and hiring relatives at high salaries, pissing off the US, and in turn threatening the education of millions of young children in a nation with a rather high illiteracy rate, another issue from a few weeks back that still has me reeling is the Pakistani government’s temporary ban of…Twitter. TWITTER!

Yes, Pakistan, you blocked access to Twitter for around 10 hours. Your “reasoning?” Twitter not removing tweets that promoted a Facebook contest featuring drawings of Islam’s revered prophet Muhammad, something considered totally blasphemous (and honestly, isn’t any drawing a figment of one’s imagination since he lived 1400+ years ago? Real talk – I could draw a stick-figure and give him the common-Muslim name of ‘Muhammad’ and people would be in uproar.)

Anyway. This is where I need to interfere and call Pakistan on its BS. It’s controversy like this that contributes to the stigma attached to this developing nation. Let’s be real. A majority of the country is impoverished and doesn’t have access to the internet. The privileged, the educated, the ones more likely to be more open-minded and liberal, those are the ones you targeted with this Twitter ban (i.e. the ones that could threaten your power.)

What Twitter does is gives people without a traditional means of exposure, a voice to speak their thoughts, their truths and get their story out into the world (what’s that? Osama bin Laden hiding in the Pakistani town of Abbottabad? Don’t mind if I live-tweet that raid, Twitter!)

It’s a necessary tool for the future of communication, and any government that tries to ban it is a nation that’s heading in the wrong direction. If you want to be taken seriously as a nation, Pakistan, if you want to be considered an ally, don’t do things that fringe on basic human rights. You want to talk terrorists? Terrorism is taking away my right to tweet.

Phew. OK. Done with my rant. My mother might be mad at me for writing this, so I’ll end on a positive note. There is a lot of good in Pakistan. Parts of the country are beautiful (both in scenery and in people. Let’s be real, I’ve seen you Indian guys hollering at the Paki chicks.) Food is tasty (naan, kheer, chai in heavy rotation in the Karachi Khan household.) People are nice, family-oriented (so family-oriented that cousins-marrying-cousins is totally okay. Kidding! Sort of.)  Zayn Malik of the boy band One Direction is half-Pakistani (and half-gorgeous.) And as an American, the dollar goes far. So thank you, Pakistan, for allowing me to for once feel wealthy when I visit.

P.S. Please work on stopping the bombings and kidnappings and corruption, try to save Sesame Street, and leave social media alone.

P.P.S.  I highly recommend Suroosh Alvi’s new 42-minute documentary, The VICE Guide to Karachi, which details everything from corrupt police officers to the city’s heroine problem, in case you haven’t seen it.