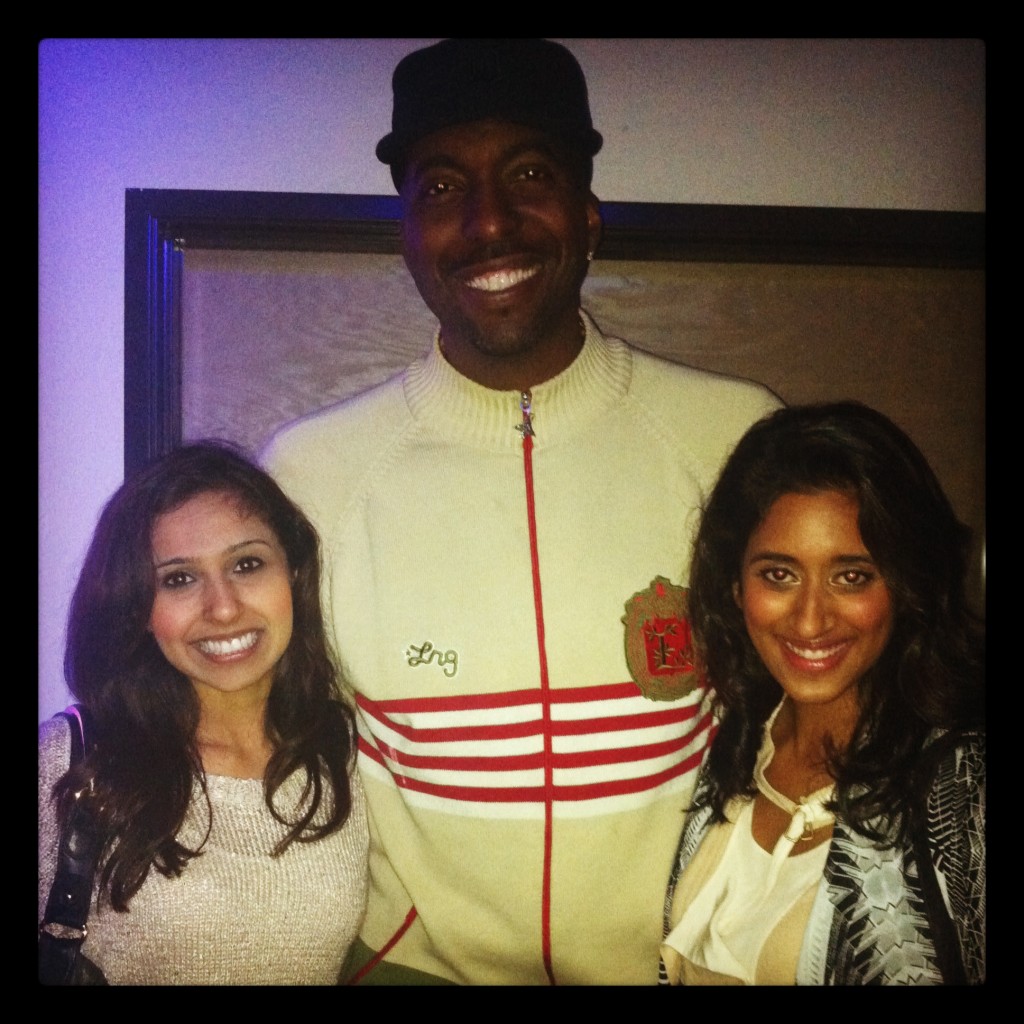 What happens when two brown girls walk into a Far East Movement party?

Okay, not really, but I wanted to incorporate the lyrics of the group’s most popular (albeit lyrically confusing) song, “Like a G6.”

Anyway. Far East Movement. In case the “Far East” part of their name didn’t give it away, they’re Asian, and so is a majority of their fanbase. Not the Asian that Brits refer to as Asian (those would be my type of people), but rather the boba-drinking, fast-car-loving, is-this-post-getting-too-stereotypically-racist-for -ya? kind of Asian. Needless to say, we stood out…

At least, until we spotted a 6’11” black man in the corner (who of course stands out in a room whose dominant ethnicity isn’t exactly known for being tall, minus a Yao Ming here or there) who we immediately recognize as early 90’s basketball star John Salley.

It turns out, he recognizes us too…immediately asking our ethnicity, specifically if my friend Hibah is Punjabi (an ethnic group in India/Pakistan.) She states that she’s half-Indian, half-Pakstani (same as myself…yet for some reason John Salley decides to hear that I’m half-Indian half-white instead… which I’m okay with since that mix tends to always be attractive anyway.) He then tells us that he’s actually part Indian, and that his great-great-grandmother was an Indian indentured servant during the days of slavery…making him like 1/16th Indian. As he says, it’s the reason he  “loves sex and has no ass.” Anyway, this discovery that John Salley is part Indian immediately creates a bond, and we continue chatting for the next 30 or so minutes (because like we learned in college, if you’re brown and I’m brown, we’re by default friends or something.)

Awkwardness aside, the conversation was fun, I got a photo and a Twitter friend out of it, and most importantly…a blog post. I may never eat eggs again but, hey, at least I have a decent story to explain my reasoning.

(DISCLAIMER: I’m not racist but for the sake of this blog post it may appear that way.)