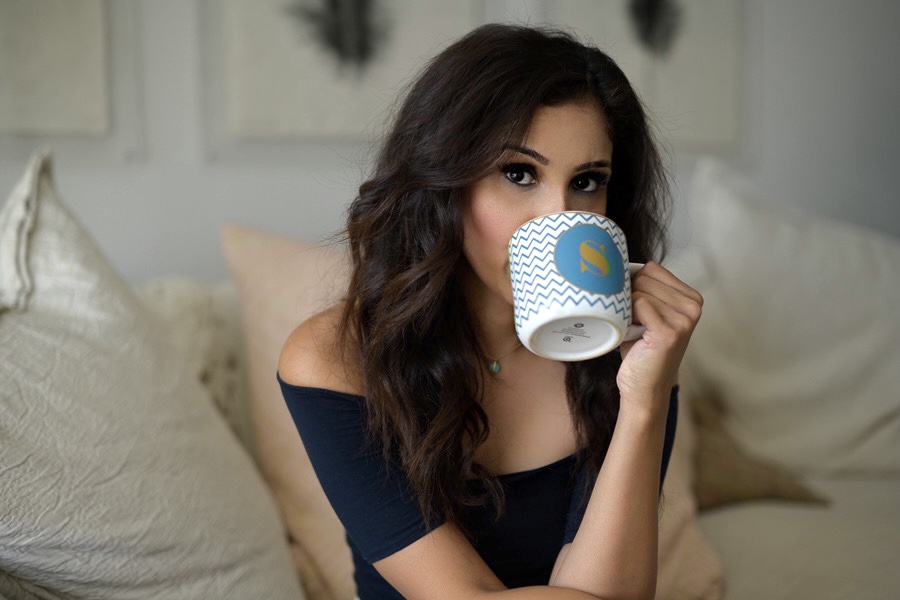 Khanversations was initially launched in 2009 as a humor blog by then-entertainment reporter Samia Khan, who started blogging as a way to connect with friends and share stories about her TV show set visits and celebrity encounters while working at TV Guide Network in Los Angeles. From Kanye to Kobe — she had a story about everyone, and she captured each moment in her signature khanversational writing style.

Since then, the now-professional friend (her clever way to create a “title” that embodies all she does) has refocused the site to encompass all that her personal brand represents: whether scripted or unscripted, editorial or fiction, Samia loves doing things that start a conversation, and aims to create content that uses humor and authenticity to challenge expectations and connect humanity. Her Aladdin-inspired Teen Vogue essay truly sums up the tagline of her upcoming memoir: “Raised by a Pakistani mother and an American television.”

In 2013, Samia launched #Instacurity, a movement that ended up being her first scripted digital series. #Instacurity used satire to address what she and co-founder Justin Gordon deemed to be an “epidemic”: society’s excessive concern with one’s social media presence, influence and/or likeability. National and international news outlets, most notably TIME, Mashable, and Good Morning America, featured the project.

While working on her first half-hour comedy pilot script, Samia returned to her journalism roots, working for both NBC Los Angeles and then moving to Arizona to anchor and help launch FOX News Now, a new livestream digital broadcast. She spent three years and thousands of hours in that role. In 2018, she wrote and developed a humorous workplace comedy TV pilot based on her experience working for FOX in Arizona. She filmed a proof-of-concept scene, Make America Safe Again, that captured the people-pleasing nature of her late-20s self.

She is currently in development on her third scripted comedy series, Khanflicted, which was inspired by her post-journalism life and the identity challenges she unexpectedly faced in her early 30s. After filming proof-of-concept scenes in March 2020, she paused development on that project, spent a bulk of the COVID-19 pandemic in Fresno and in a more subdued state of reflection (launching a self-exploration blog of the same name), and decided to return to her Hollywood projects by returning to her roots: producing a half-hour TV Guide Network-like set visit “special” about her hypothetical future show (meta, we know.)

Behind-The-Scenes: Khanflicted takes her TV Guide experience, coupled with her late 90s/early 2000s love of shows like MTV’s Making the Video and VH1’s Behind The Music, to create a vision that is ultimately… so SK. Expected Release: Fall 2021