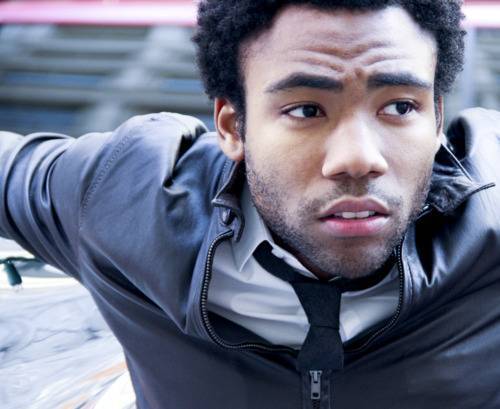 I’d like to issue an apology to Donald Glover for taking two years to write a blog post about him.

You see, the man also known to “Community” lovers as Troy Barnes and hip-hop heads as Childish Gambino is incredibly talented… and I? Well, I’m just a procrastinator. Perhaps I should take a hard-working cue from DG (I like giving people nicknames based on their initials, FYI.)

So what prompted the sudden urge to blog? His impromptu stand-up set I just so happen to catch at Meltdown Comics on Wednesday which made me realize how multi-faceted this guy is (shoutout to my dear friend, FI, short for FunnyIndian.com, for taking me with. Hanging with him has resulted in a good blog post or two over the years.)

You see. DG is a triple threat. Or maybe quadruple threat. Or quintuple threat? I think that’s a word? Anyway. The point is, he does many things, and many things well. He’s a writer (hand-picked by Tina Fey in the mid-2000’s to write for “30 Rock” while he was still in college at NYU.) He’s an actor (as aforementioned, his biggest credit/most prominent role being that of Troy in NBC’s hit show “Community – also known as my favorite show on television.) He’s a comedian (hence the stand-up set I saw on Weds night.) And he’s a rapper (Childish Gambino, anyone? I’m addicted to his single, “Heartbeat.”)

Comparatively, there’s no one like him in the game. There’s Drake, but I see him as more hip-hop artist, less Degrassi. Will Smith used to rap…but let’s be real, there were no curse words in his rhymes, so that by default gives him less stress cred. Perhaps his son Jaden Smith will compete (he rapped with Biebs, plus he was the Karate Kid. A Black kid taking on an Asian role. Reverse Jeremy Lin, yo.) Then there’s Jamie Foxx. Talented, but I’m not really fond of his music nor am I attracted to him so I’ll veto that. Diddy acted in “Get Him to the Greek” and attempted to rap recently with a crew named Dirty Money, but that music just felt…like dirty money. So once again, no one can compete.

What’s most interesting? Each of his “personas” are all so different. There’s the Donald Glover that took the stage at Meltdown Comics on Wednesday night and talked about fleshlights (which, real talk, I didn’t know what they were til I kept listening to his jokes and realized they were some sort of sex toy, only to be confirmed by a google search I made on my phone…yes, DG is now to blame for ruining my reputation with the folks at AT&T whom I’m sure keep record of all data that’s ever been on my phone). This same comedic DG also discussed his love for girl-on-girl action, how he gets sexually suggestive tweets from strangers, and some other joke I can’t remember yet my notes on my phone say “duck rape.” He himself calls out the fact the guy on stage is far from the guy you see on TV, referencing a letter from a white lady who saw one of his comedy shows and wrote him a letter, shaming him for using the “N word” (I think she’s racist.) Personal highlight? He asks the ultra comedy-hip crowd (translation: beards, glasses, and plaid shirts) if anyone has seen the Justin Bieber movie. Silence…until I start cheering and clapping (I’ve never been one to shy away from my love for the Biebs, as was evident in the last blog post.) DG acknowledges, suggests that I’m one lonely individual, and continues with his joke…bringing up the trailer for “Never Say Never” and the voiceover that said… “THEY SAID IT WOULD NEVER HAPPEN…” to which DG jokes, “Good looking talented white kid? No never.”

The thing with this set is that he hadn’t done standup in months. So he did warn us that he was a little rusty. Interestingly, I asked him (two years ago, albeit) if he had time to do standup with the whole success of Community. Response? “Whenever I can. If I get a Tuesday off, you’ll find me at Upright Citizens Brigade. And I do The Improv a lot, the Laugh Factory has been really good to me….Everyone I know, like Tina Fey, Joel Mchale, Seth Rogen…they’re always working, Adam Sandler. I’ve learned from them, if I really wanna do what I want to do, I need to be doing it all the time.  So when I’m not messing around with these guys [on set] and having fun, I want to sit down and write jokes.”

So now you kind of know “on-stage DG.” But there’s more. There’s the DG you see as Troy on Community. Geeky. Endearing. More obsessed with his BFF Abed than something like a fleshlight. In fact, it was this version of DG who was most like the one I interviewed two years ago…. who told me things like (in regards to succeeding with viral videos online), “don’t go after the money immediately. We had a lot of friends who were really funny and the second someone comes and is like ‘We’ll give you 200 dollars for your whole series’, they were like ‘yes, we made it!’ Well, that 200 will be split between three people and that’s like 75 dollars each, and your ideas are gone. The money will always comes if you love what you’re doing. Do what you love doing, and do it for free as long as you can” and (in regards to writing for TV), “I love writing, I do it in my spare time on set cause I like to stay busy…If [the creator of Community] ever asked me to write for this show, I’d do it in a heartbeat.”

Speaking of Heartbeat… that’s also the name of his current single from his alter-ego, Childish Gambino, another version of DG…(possibly my favorite version) who spends his time talking about relationships and using curse words and rhymes and brilliant lyrics to win me over. See video here:

Then there’s “Normal” DG… the one who had a college life, before the fame and fortune and fangirls.

“I once got really drunk at a college party, and I had what they call Jungle Juice and I had a whole bunch of shots with those and I got really drunk – and I couldn’t remember anything – and I had just broken up with my girlfriend, so my friend drops me off with this girl and was like , ‘she just broke up with her boyfriend’, and he faded into the background.  And I remember thinking in my head like, ‘Oh yeah, this is gonna be great!’ Then I woke up, nothing happened, and I was just in a cab….I just imagine it must have been the most embarrassing thing, I must have done something so messed up that she was like, ‘you have to be in a cab.'”

So in conclusion…the lesson you can take away from DG is…even if you get too hammered to hook up with a girl one night in college, if you play your cards right and succeed afterward, you’ll have many girls proclaiming their desire to hook up with you via Twitter a few years later. #myselfincluded #justkiddingmymothermightbereadingthis